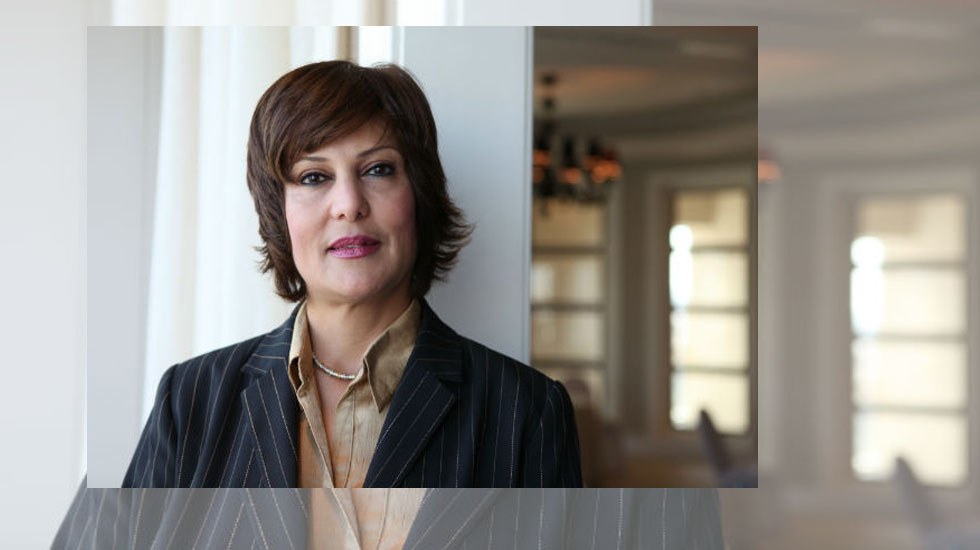 From a statement by the World Organisation Against Torture (OMCT) and the International Federation for Human Rights (FIDH):

On June 25, 2014, the day of the country’s general election, Ms. Salwa Bouguiguis, a prominent Libyan lawyer and women human rights defender, was stabbed and shot through the head by five unknown hooded gunmen who broke into her home in Benghazi and injured a security guard with a live bullet. She was taken to hospital in critical condition, where she died shortly afterwards. Her husband, who was in the family home at the time of the attack, has remained missing since then. It is therefore feared that he was abducted by the same men who killed his wife.

Ms. Bouguiguis was a strong advocate for gender equality and women’s political participation. She had also actively participated in Libya’s 2011 revolution that overthrew the regime of Muammar Gaddafi. A former member of the National Transitional Council, she was since the Vice-President of the Preparatory Committee for National Dialogue in Libya.

Ms. Salwa Bouguiguis was killed hours after she had returned from voting in Wednesday’s parliamentary election in Libya and called upon citizens to participate in the voting process. She published photos of herself at a polling station on her Facebook page. She also gave an interview to Libya’s Al-Nabaa TV channel, in which she discussed the recent deterioration of security situation in Benghazi where civilians are affected by fighting between army units and militias.

“We condemn in the strongest term the murder of Ms. Salwa Bouguiguis, which seeks to silence critical voices in the country”, said today OMCT Secretary General Gerald Staberock. “At this critical juncture in Libya the independent voice of human rights defenders is ever more needed. We urge the authorities of Libya to open urgent, effective and transparent investigations into the shameful assassination of Ms. Bouguiguis. It is absolutely fundamental now to set an example in order to discourage further acts of violence against human rights defenders”, he added.

Since the 2011 revolution, the city of Benghazi has been a stronghold for militias, including jihadist groups, and the scene of attacks and assassinations targeting notably the military, police and judges.

The Observatory further recalls that this is not the first time that human rights defenders have been targeted in Libya, where they are increasingly victims of reprisals for denouncing human rights violations, including serious acts of violence, systematic harassment, intimidation, arbitrary detention, torture and defamation. To date all these crimes remain unpunished.

“The judicial system in any country is essential in providing for the protection of human rights and civil liberties, and must be allowed to operate independently and free from the forceful coercion of outside actors”, said FIDH President Karim Lahidji. “It should now ensure that the assassination of Ms. Salwa Bouguiguis does not remain unpunished”, he added.

The Observatory offers sincere condolences to the bereaved family and to Ms. Salwa Bouguiguis’ friends and colleagues and urges the authorities in Libya to adopt urgent measures to protect human rights defenders and ensure that they are able to carry out their work without unjustified hindrances and fear of reprisals.