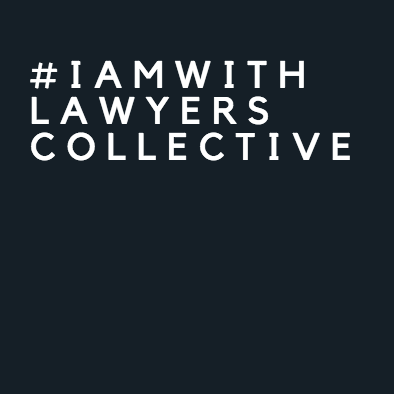 We, the undersigned organizations, express solidarity with the Lawyers Collective, and strongly condemn the permanent cancellation of the license of the Lawyers’ Collective by means of the Foreign Contribution Regulations Act (FCRA, 2010) by the Ministry of Home Affairs of India. We call for the immediate withdrawal of the cancellation order.

The Lawyers’ Collective is a non-governmental organization run by Indira Jaising, a noted senior lawyer from India, who is known for advancing women’s rights, and the rights of people living with HIV and other marginalized groups. In June 2016, the Government of India suspended the license of the Lawyers’ Collective for a period of six months. The Lawyers’ Collective was suspended for allegedly using funds to organize rallies and dharnas (peaceful demonstrations) with a political ‘hue and color’. The organization has repeatedly denied the charges and has termed them an act of ‘vindictiveness’.[1]

On 27 November 2016, the Ministry of Home Affairs (MHA) cancelled the FCRA registration of the organization permanently, barring the organization from receiving foreign funds for its work and activities. The MHA, in its order, alleges that there were discrepancies in foreign contributions cited by the Lawyers’ Collective in its returns filed with the Ministry. Further, the order states that Jaising violated the FCRA norms by receiving foreign funds between 2006-2007 and 2013-2014, when she was a government servant, that is, when she served as the Additional Solicitor General of India under the previous United Progressive Alliance (UPA) Government.[2]

Jaising in an email reply to a newspaper, the Indian Express said, ‘Lawyers’ Collective has received (an) order dated November 27 cancelling its registration. Strangely enough, the order is passed on a Sunday, when government offices are closed. The order disregards LC’s replies in fact and in law.’ Jaising further said that, ‘…certain new allegations have surfaced such as ‘diversion’ of foreign contribution and utilization for ‘personal gain’, which are not borne out by the facts or the records (and) are absolutely false and defamatory. We are exploring all legal options to challenge the cancellation order, including its defamatory contents, and will take necessary action in an appropriate time.’[3]

The FCRA was enacted in 1976 under Prime Minister Indira Gandhi. Since then multiple amendments have been made which have created barriers for civil society organizations to access foreign funding for human rights activities. The latest version of the Act was amended in 2010 and entered into force in May 2011. This Act gives wide discretionary powers to state authorities, enabling them to allow, refuse or cancel the permit of a civil society organization to receive foreign funds. In recent years, these powers are used by state authorities to silence organizations who are critical of government policies on human rights. The Lawyers’ Collective has been the latest victim of this harassment.

The Lawyers Collective is an important and critical voice in the defense of women’s human rights in India. They have a long history of addressing and preventing human rights violations against women and other marginalized sections of society. Most recently, the Collective represented a well-known human rights activist, Teesta Setalvad, who campaigned to hold Prime Minister Modi criminally responsible for the 2002 Gujarat riots. Anjali Gopalan, executive director of Naz Foundation and a petitioner in the PIL case on section 377 in Delhi high court, stated, “that without the untiring work of Lawyers Collective none of the gains and breakthroughs we have made on the rights of the community would have been achieved.”[4]

We are deeply concerned with the current use of FCRA regulations to curb the activities of civil society organizations in India who are engaged in crucial work to ensure democratic processes and ongoing protection of human rights. The WHRD International Coalition urges the Government of India to immediately repeal the decision to cancel the license of the Lawyers’ Collective, stop the political crackdown on civil society organizations and ensure an enabling environment for civil society to freely promote and protect human rights.

WHRDIC is a global network which provides solidarity and support to women human rights defenders worldwide.