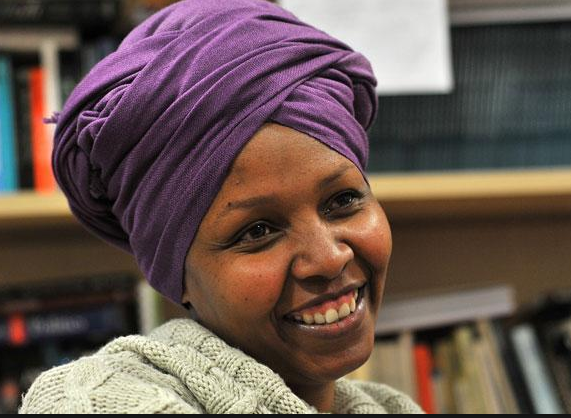 This letter is directed to Dr. Willy Mutunga, Chief Justice of Kenya and President of the Supreme Court of Kenya to demand an end to Police and Judicial Harassment of Ruth Mumbi and Bunge la Wamama following their Campaign to Prevent Maternal Deaths.

We urge you to devote your full attention to an alarming case of police and judicial harassment against Women Human Rights Defenders (WHRDs) in Kenya. Ms. Ruth Mumbi and members of the women’s social movement Bunge la Wamama (BLM) advance women’s human rights and raise awareness about the disturbing rates of un-investigataed maternal deaths at a maternity hospital in Huruma. Due to this important work, they have endured a 5 year long persecution, including evident police and judicial harassment.

On Wednesday April 20th , 2016 Ms. Mumbi and other WHRDs were arrested by the police and remanded at the court of Makadara. Reportedly, the court had issued warrants for their arrest upon Ms. Mumbi and her colleagues’ inability to appear in Court on December 4 th , 2015. This single case of inability to appear occurred due to circumstances that were well beyond their control.

The WHRDs were originally charged at the Makadara Magistrate court with the crime of “inciting public to cause violence” (Criminal Case 953/2011). The case has dragged on in court for 5 years, with the prosecution providing repeated pretexts to postpone the matter when the accusers failed to show up in court, which the court willingly accepted. It must be noted that with the exception of December 4 th , 2015, the accused, namely Ms. Mumbi and her colleagues, have always dutifully attended in court, frustrating as it may be when justice is delayed. It is thus of great concern that the court would find it prudent, in this instance, to take the very punitive action of ordering the arrest of the accused, thereby indicating the selective application of justice.

The case and ensuring injustice faced by the WHRDs are a direct result of their human rights work in a Nairobi informal settlement. In 2011, Ms. Mumbi and colleagues documented several deaths at a local health facility. They organized a campaign to alert state authorities of repeated cases of maternal mortality that had not been investigated. On February 28 2011 police disrupted a peaceful protest during which the organizers were arrested, beaten and some were sexually abused. They were held at the local police station until March 1 st , 2011, when they presented in court. The WHRDs reported that they were detained in appalling and inhumane conditions. Unable to raise the exorbitant bail, they were detained at Langata Women Prison until March 2 nd , 2011 when partner organizations posted bail for them.

Ruth Mumbi and BLM are conducting vital work to give voice to disenfranchised women in informal settlements and throughout Kenya; empower and educate communities about their rights; and promote justice and accountability in the public sector, thus strengthening human rights and the rule of law in Kenyan society. Their work is informed by a commitment to the rights of women and the conviction that No woman should die while giving birth. Giving life to a human being in a safe, dignified and respectable way is a basic human right. As a society it is our obligation to guard this right and ensure that women can access it.

The work of Ms. Mumbi as a WHRD has won international recognition. In 2013 she was a finalist of the Frontline Defenders International Human Rights Award, and was granted a human rights fellowship at the Centre for Applied Human Rights at the University of York. She is also receiving the continuous support of Peace Brigades International. It is both unacceptable and deplorable that at the local level, where their work has contributed to highlighting the plight of marginalised women living in poverty, Ms Mumbi and her colleagues should be harassed and criminalised.

Dr. Mutunga, we honour your relentless struggle and immense contribution to justice and democracy. We trust that you will exercise genuine concern in this case, ensure that the matter is speedily concluded or dismissed. We would hope that your response sends a strong message that the rights of all Women Human Rights Defenders are fully respected, and their valuable work in Kenyan society is recognized and celebrated.