The Five are Free 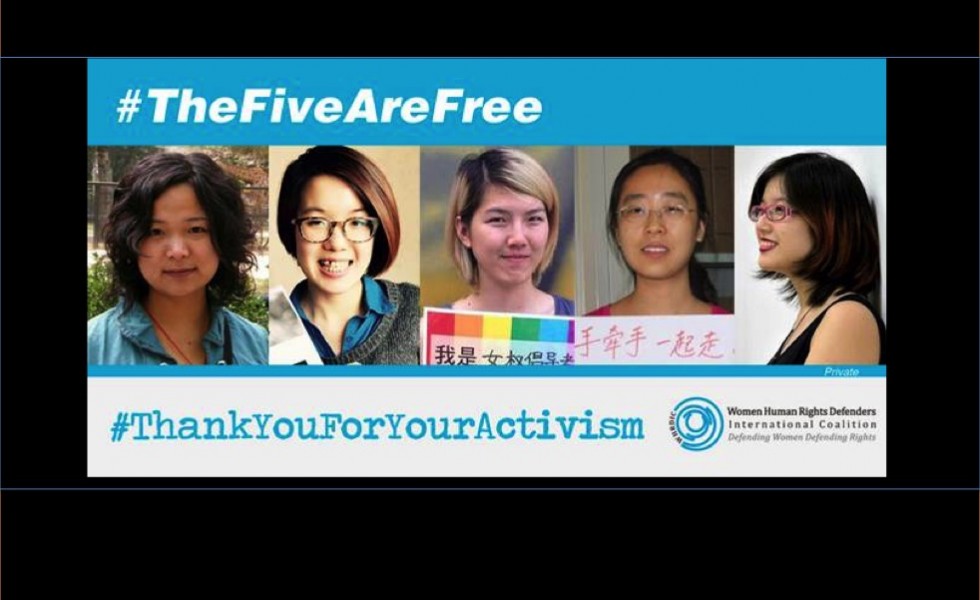 On the evening of 13 April 2015, five women’s rights activists, detained in China for over a month, were conditionally released.

The women’s rights activists, Ms Wu Rongrong, Ms Li Tingting, also known as €œLi Maizi€ , Ms Zheng Churan, Ms Wei Tingting and Ms Wang Man, were arrested between 6-8 March 2015, in advance of the intended launch of a national campaign against sexual harassment on public transport to coincide with the celebration of International Women’s Day on 8 March 2015. The women, aged from 25 to 33, work to promote gender equality within China, and have supported or worked with Yirenping, a non-profit organisation which fights discrimination, promotes social justice and provides community outreach programmes. They were detained at the Haidian District Detention Centre in Beijing.

According to lawyers representing members of the group, the women’s rights activists were released on bail pending trial, after prosecutors decided against the immediate pressing of criminal charges against them. They will be unable to travel without informing their local authorities for one year.

Release under such conditions indicates that the case against the five women remains open in effect, and that they could be detained again at any point.

While welcoming the release of the five women’s rights activists, Front Line Defenders urges the Chinese government to drop all charges against them, for it is believed they are solely related to their work in the defence of women’s rights.