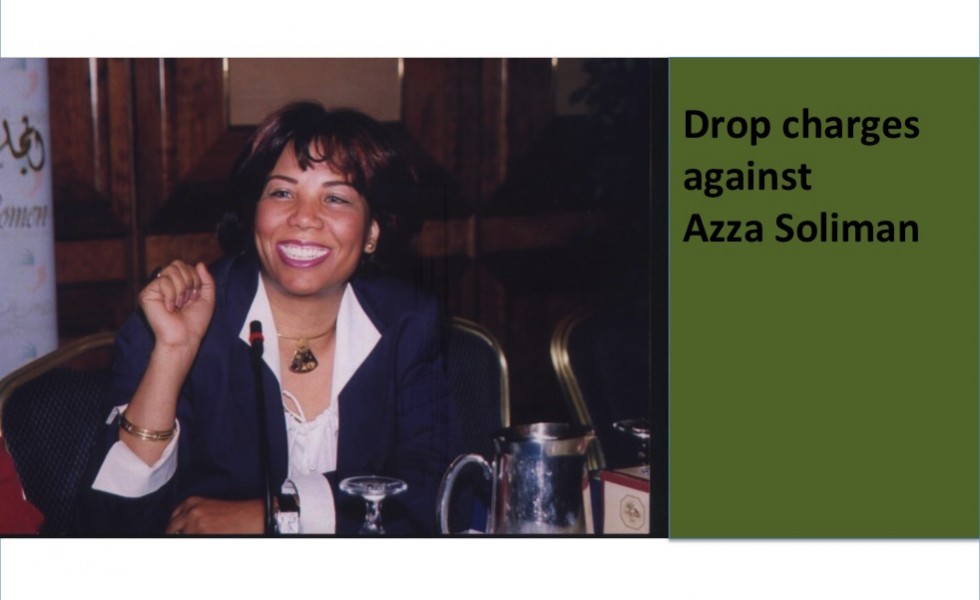 The Women Human Rights Defenders International Coalition is alarmed that the Prosecutor General at the Qasr El Nile Prosecution Office in Cairo has rejected appeals for lawyer and woman human rights defender Azza Soliman to be listed as a witness rather than a defendant in the case of Shaimaa ElSabbagh, who was killed while peacefully protesting on January 24 2015.

Ms Soliman witnessed the killing of Shaimaa ElSabbagh because she happened to be in a restaurant located across the street from the incident. She voluntarily gave her testimony at the Prosecution office on the night of January 24, 2015 pointing responsibility of the police for the death of Shaimaa ElSabbagh.

On March 23 2015, the Qasr El Nile Prosecution Office in Cairo changed Ms Soliman’s status from being a witness to the killing of Shaimaa ElSabbagh to a defendant being accused of protesting illegally and breaching public order and security under the Protest Law #107 of 2013.

The accusation reflects the continuing security crackdown on human rights defenders. In addition to Ms Soliman, Nagwa Abbass and 15 members of the member of the Socialist Popular Alliance Party who witnessed the killing of Ms ElSabbagh have been charged with unauthorized protesting, and breach of security and public order.