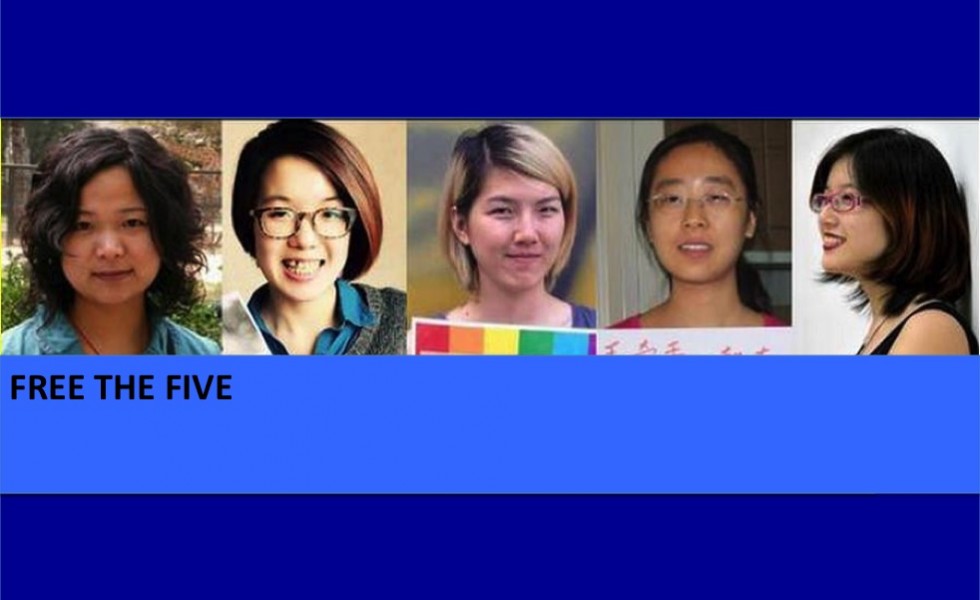 On 12 March Wei Tingting, Wang Man, Li Tingting (aka Li Maizi) and Zheng Churan (aka “Da Tu”) and Wu Rongrong were criminally detained on suspicion of ‘picking quarrels and provoking troubles’, a charge often used in China to suppress human rights defenders. If convicted each could face a maximum of five years in prison.

The women, who are members of China’s Women’s Rights Action Group, had made stickers printed with slogans saying ‘stop sexual harassment, let us stay safe’ and ‘go police, go arrest those who committed sexual harassment!’

As of 2 April, none of their family members had received formal notification of their detentions except Zheng Churan, which contravenes article 83 of China’s Criminal Procedure Law.

The WHRDIC also urges authorities to provide urgent medical care to Wu Rongrong whose medical condition is of grave concern. Wu Rongrong has chronic liver problems, which have worsened in detention. She was not provided with the medication she needs despite requests from her lawyer, and had to sleep on the floor in the detention centre. On 19 March she was sent to a hospital run by the Public Security Bureau after her condition deteriorated, but it is not known whether she is now receiving adequate treatment.

The WHRDIC believes the ongoing detention of these young women is not an isolated incident but part of a broader trend to suppress the women’s rights movements in China. In recent months, the authorities have cracked down on independent grassroots non-governmental organizations. Civil society leaders have been subjected to rigorous questioning about their sources of funding and their activities.

The WHRDIC calls on the Chinese authorities to fully respect the right of all women human rights defenders to carry out their important work without any fear of intimidation, threats or attacks. If arrests of this kind persist, it seriously undermines China’s leadership in organizing the 26 September 2015 Global Leader’s conference on Gender Equality and Women’s Empowerment.

China must show its genuine will to implement the Beijing Declaration and Platform for Action at home, including by not standing in the way of activists who are seeking to advance women’s rights as set out in this important instrument.