VOTE NOW: support the nomination of Leyla Yunus for the Tulip Award 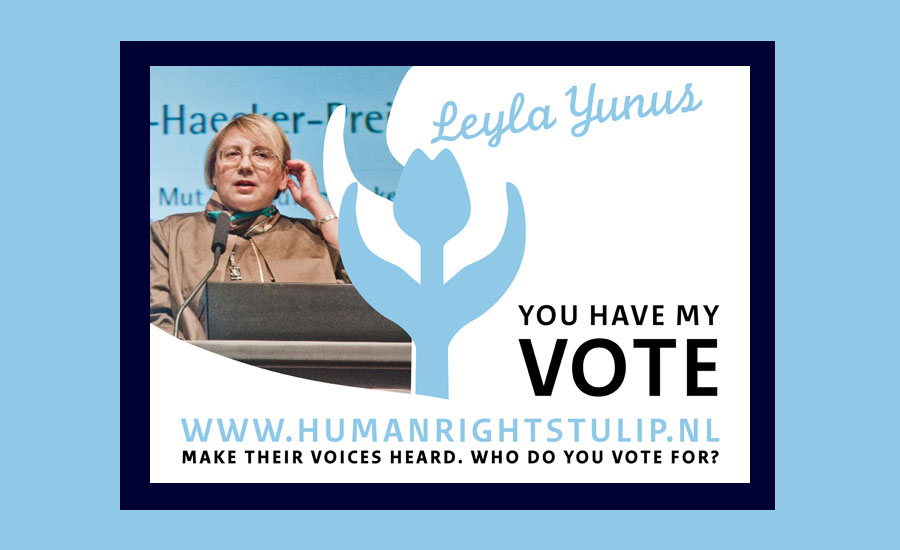 Leyla Yunus is one of Azerbaijan’s most prominent women human rights defenders. She is the founder and chair of Azerbaijan’s Institute for Peace and Democracy. Her work includes projects to protect political prisoners, defend women’s rights, combat torture, corruption, human trafficking, and property rights violations, as well as monitoring court proceedings.

Leyla Yunus has been in prison since 30 July, when she was arrested on trumped up charges of treason as well as other crimes. The Nasimi District Court subsequently sentenced Dr Yunus to three months pre-trial detention, although it did not explain the basis for the charges. In prison, she has suffered violence from her cellmate and her health is deteriorating.

Leyla also finds hersef separated from her husband who is also detained. Read about their story of love and activism in the Guardian profile, Together a lifetime, Azerbaijan couple now separated in jail.